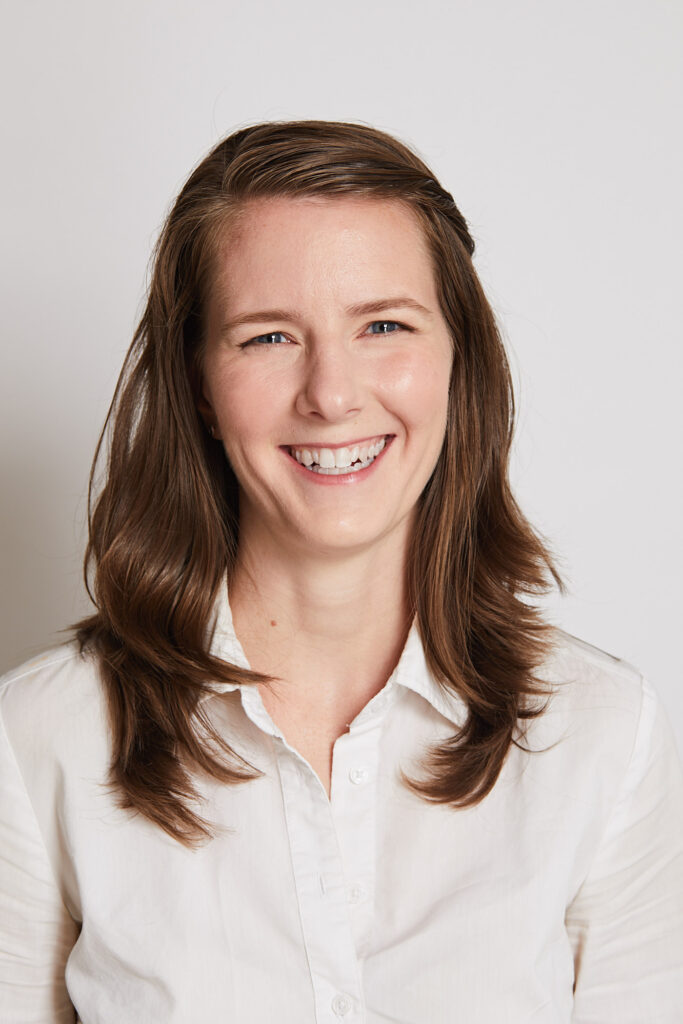 Janelle (she/her) is passionate about building bridges across differences and helping people become comfortable with being uncomfortable. She has over ten years of experience in the non-profit sector with expertise in operations management and event coordination. She started with Harmony Movement in 2013 and has served on the management team since 2015. She has managed youth events and conferences in every province and territory reaching over 6,000 youth, as well as a range of galas, adult education conferences, and networking events. She has experience in communications, marketing, fundraising, project management, and program/curriculum development. She has a B.A. in Equity Studies and Peace and Conflict Studies from the University of Toronto. She highly values partnerships across organizations and sectors to amplify and accelerate social change. 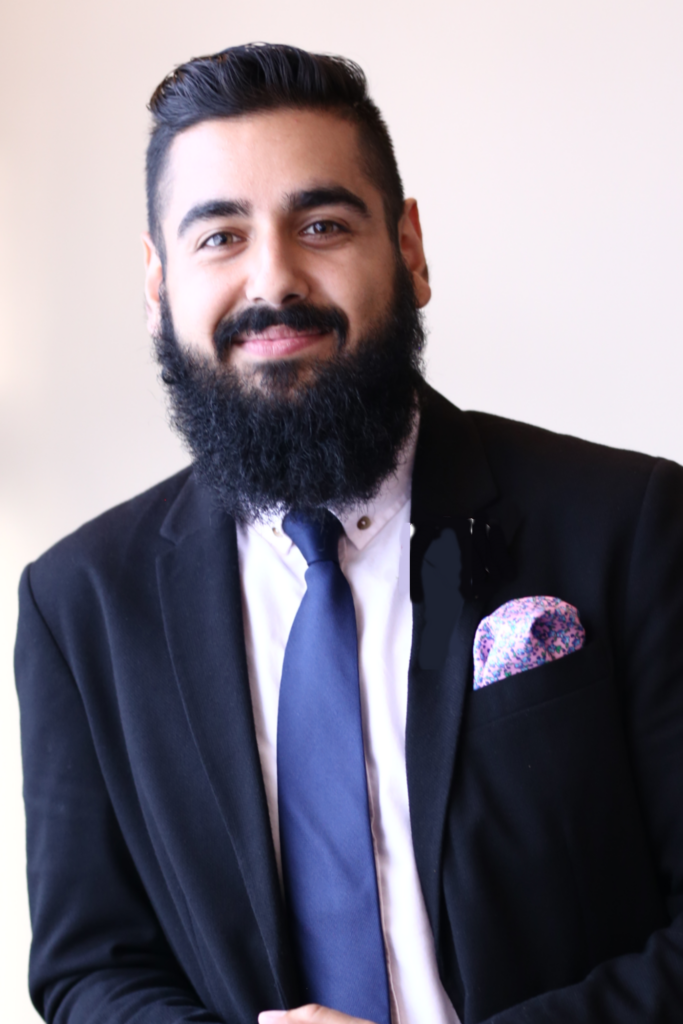 Shafiq (he/him) is a high school teacher, working with students with diverse special education needs in both traditional and alternative learning settings. He has been an equity and social justice advocate with over 13 years of community organizing experience in Toronto. Shafiq has a B.A. in Equity Studies and Women and Gender Studies and a B.Ed. from the University of Toronto. 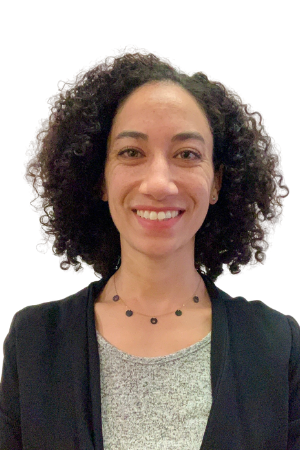 Justine (she/her) has over ten years of experience as an educator and advocate for youth, and has a strong commitment to creating equitable learning environments. Her educational philosophy centers around social justice and holistic development as a way to empower youth to step into their full potential. She has a B.A. in Anthropology from the University of California, Los Angeles. 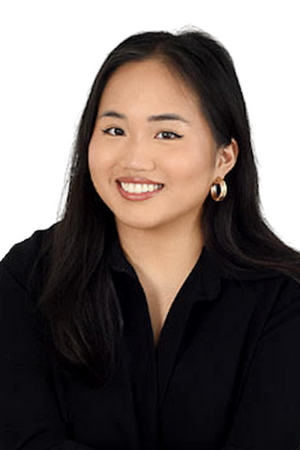 Christine (she/her) is a Care Coordinator at a psychotherapy counselling clinic who aims to provide easy, accessible and quality mental health care. She is an advocate for educational reform and seeks to empower youth through engagement, knowledge sharing and connection. Christine is a settler and first-generation graduate with a diploma in Social Service Work from George Brown College. She is introspective, committed to (un)learning and believes this process is lifelong. 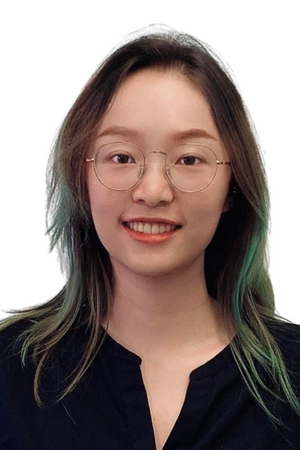 Yefei (she/her) is a guidance counsellor and she is interested in feminism and putting DEI values into practice. She has experience working with international students, seniors, and people living with a mental illness. She has a B.Sc. in Biology and Psychology from Queen’s University. 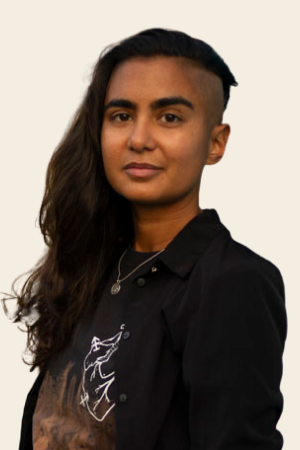 Kamini (they/them) is a writer, arts educator and business analyst. Their work focuses on language, narrative and the power of people in creating more just and equitable societies. Kamini has moderated and coached with organizations such as UNITY Charity, Inter Arts Matrix and Canadian Stage. They are a settler/POC based out of Toronto, Ontario.

Bernice Carnegie, Chair
Bernice was one of the founding directors of the Herbert H. Carnegie Future Aces Foundation and for the past 12 years has served as its Executive Director.  Bernice is the daughter of Herb Carnegie and worked by his side for more than 30 years to help share his vision based on a proactive lifestyle message.  She has spoken to many audiences as a trainer and motivational speaker in sales, as a financial planner, in educational circles, and the community.

Cheuk Kwan, Vice Chair
Cheuk served as Executive Director of Harmony Movement from 1998-2021. In 1978, he co-founded an Asian Canadian magazine on arts and cultural activism.  In 1979, Cheuk led a community protest against the racist portrayal of Chinese Canadians by a national television network and help found the Chinese Canadian National Council. He has also directed and produced a documentary series about the Chinese diaspora.

Helen Anderson
Helen currently serves as the Director of CLEO Connect at Community Legal Education Ontario (CLEO). Helen has held management and education roles in a variety of settings including the Arthritis Society, Public Health Ontario, and Centennial College. Helen has a Ph.D. in Theory and Policy Studies in Education from the University of Toronto with a focus on anti-discrimination education.

Ashley D’Silva
Ashley is an Independent Financial Advisor providing financial planning and insurance services to individuals and businesses. His interest in developing respect for diversity for ourselves and generations to come brought him to Harmony Movement. He believes social division comes at a high cost and by finding ways to empower youth today we can build stronger communities in the future.

Nicole Fournier-Sylvester
Nicole has 20+ years of experience working with Canadian and global partners, including the Global Centre for Pluralism, UNESCO and Project Someone, designing, implementing, and evaluating programming in the formal and informal education sectors.  Nicole has a PhD in Education and a record of publications, presentations and professional development workshops on civic literacy, critical thinking, digital citizenship, dialogue and building resilience to hate.

Ranvir Jangi, Treasurer
Ranvir is a retired public servant from the Federal Government and has been active for over thirty years in promoting diversity. He is a graduate of Maytree Foundation’s “Leaders for Change” program and is a principal of Facilitation At Work! which provides facilitation and strategic planning services.

Nodin Arene Nganji
Nodin has a degree in International Development and has worked with non-profit organizations that focus on affordable housing, and mentored Black high school students in Toronto. He worked with the University of Toronto to create a framework celebrating Black Canadians. He participated in U.S. President Barack Obama’s Young African Leaders Initiative, and is a member of the World Youth Alliance. He represented Canada as a Student Delegate for the annual UN Geneva Summit for Human Rights & Democracy.

Beverley Johnson
Beverley is a labour activist and has held positions at the Ontario Public Services Employee Union, the Ontario Human Rights Commission, and the Jamaican Ministry of Labour and National Insurance. She is also a founding member of the Ontario Coalition of Visible Minority Women and the Toronto chapter of the Congress of Black Women.

TiCarra Paquet
TiCarra is a Juris Doctor student at the University of Ottawa and has a B.A. Honours in Political Science from Carleton University. She has worked extensively advocating for the decolonization of Black and Indigenous bodies within settler systems and institutions in northern Ontario. She co-founded Our Home and Native Land a student-led initiative working to implement a mandatory Indigenous studies course at the elementary level. 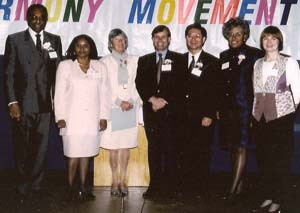